Xperia 1 IV, WH-1000XM5… these names probably don’t mean anything to you, but they are symbols of a sophisticated and rather purist way of looking at consumer electronics in 2022. I used this range of high end hardware for 2 weeks and here are my conclusions.

It is one of those brands that seem frozen in time. As if it wanted to be faithful to a poetic vision of Japan, which certain clichés place in the “tradition and heritage” box, Sony evolves at its own pace. The Japanese electronics giant, which invented many gadgets in the 20th century, is like a reed in a digital storm: it bends when it loses a few laps, but its strong electronic roots, especially in audio and video, prevent it. break.

Year after year, Sony insists on taking smartphones out of time: curved screen, very fast charging, fingerprint reader under the screen… these low considerations are left to the Chinese and Korean armies, which sell billions of devices each year. year.

The Xperia 1 IV (yes, even its name is out of time) is Sony’s latest smartphone vision in 2022. A device that focuses on certain company strengths: unprecedented photo and video recording options, a display true to the movie industry, a jack port to ensure the purest possible sound output from a smartphone. Let’s be clear, these are three topics that are not very convincing for the general public. But that’s not Sony’s goal, of course! 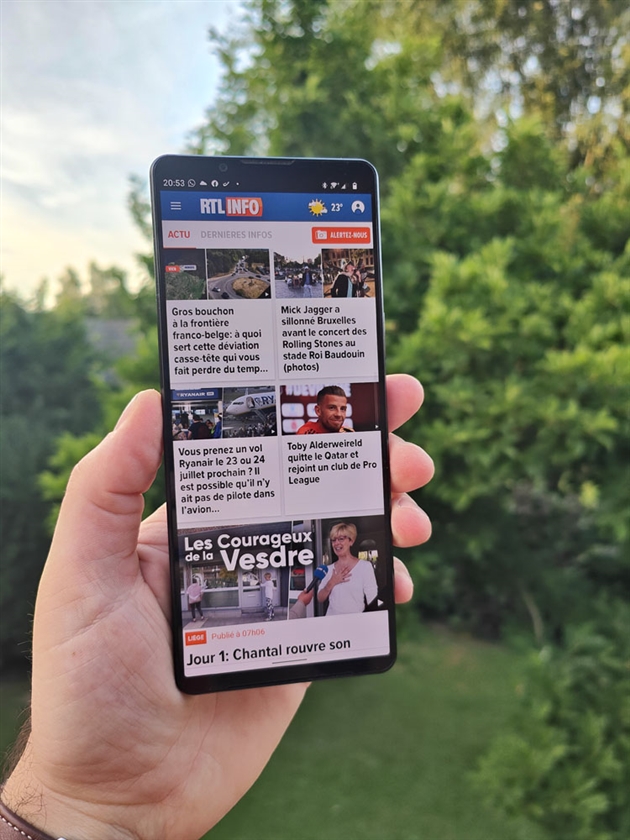 Anyway, the price everyone agrees: €1,399. Out of time, I told you. Of course, you have the best processor of the moment (Snapdragon 8 gen 1), 12 GB of RAM and 256 GB of internal storage. Enough to run all apps and games as fast as possible. To this is added certified waterproofing, a beautiful 4K screen with 120 Hz refreshment and 3 12 MP sensors on the back: a main one, a wide angle and a periscopic optical zoom that goes from 3.5X to 5.2X .

However, two disadvantages. The former is quite surprising in this price range, given the competition on Android: there is no charger in the box, and you have to be content with a maximum charge of 30W if you find the right transformer. A charge that can be described as slow. in 2022, knowing that Oppo, OnePlus and Xiaomi offer 120W or 80W in mid-range devices. The beautiful 5,000 mAh battery in the Xperia 1 IV, thankfully, can be charged wirelessly, but given the ultra-high-definition screen, power, and overheating, it doesn’t have an outstanding battery life (estimate around 20% less than the average). top of the range from Samsung or Oppo).

Another little problem: overheated. Whether you are gaming, charging your device wirelessly, or streaming an HD movie, the device heats up very quickly. More so than the Android competition, again, which developed cooling chambers that I thought were unnecessary before using the Xperia 1 IV on a daily basis. 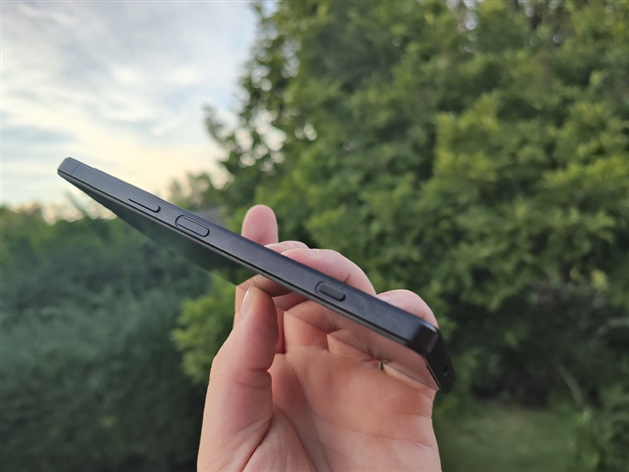 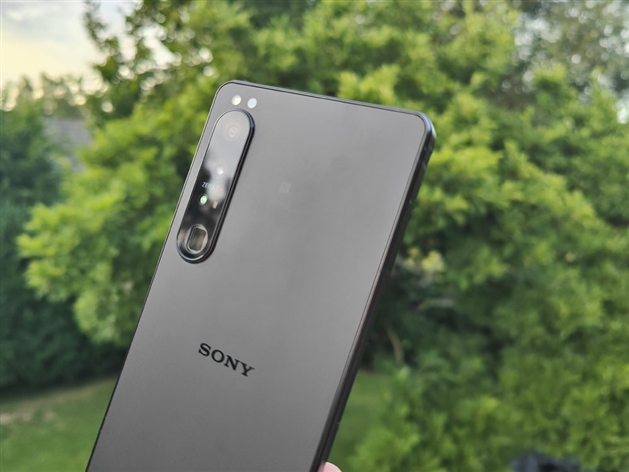 I told you, it seems that Sony is launching a smartphone for filmmakers or directors. The Xperia & IV runs on a very refined version of Android 12, we’re pretty close to what Google offers. There is a multi-window mode that is launched via the small vertical bar on the right of the screen, near the thumb. Not very intuitive to learn, it has the merit of existing in such a 21:9 format, which is therefore very narrow.

No, what is specific to Sony when looking at the Xperia interface is the apps related to taking pictures. Photo Pro, Cinema Pro, Video Pro and Music Pro. We are not here to laugh.

professional photo it is the one you will probably use the most, since it is the basic application for taking photos. By default, it’s set to BASIC mode: the interface is typical of smartphones, with a large white virtual shutter button on the right or bottom of the screen. Everything is automatic, just point and tap. In this mode, there is a switch to switch to video mode. On the other hand, as soon as you leave this BASIC mode, you have the impression of using a high-end camera (and only photo…), with an interface rich in options (like a SLR) but not very accessible to novices. Even the AUTO mode adds a ton of possibilities reserved for photography enthusiasts. If we are global at the level of Reference Oppo Find X5 Pro in most shooting circumstances (even if Sony is better in the dark), the zoom, although periscopic at Sony (lens arrangement), proves to be less efficient than at the Chinese competitor, supporting test. 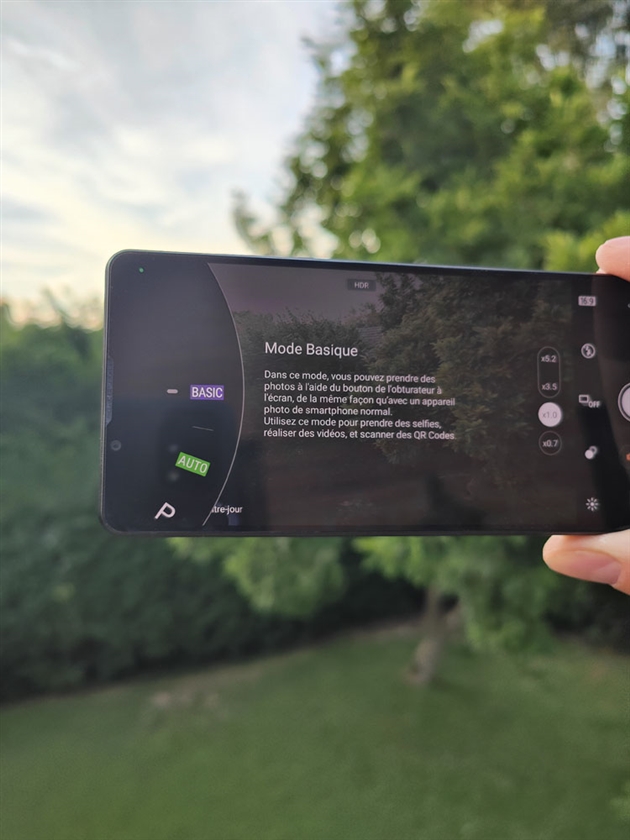 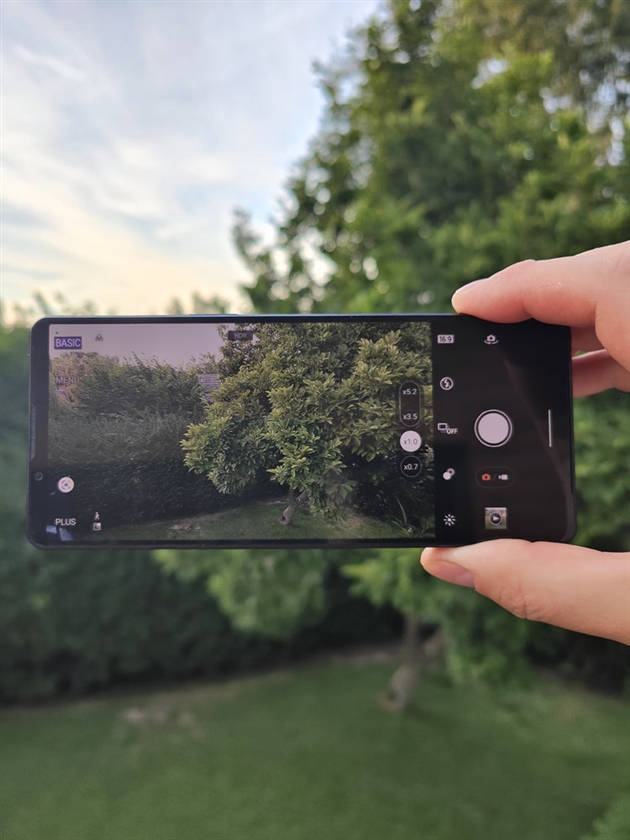 The mode professional video, it is the same principle, but with an interface designed to take videos. Here too, you need very specific knowledge or desires for video recording in terms of brightness, focus, etc. Note that you can record up to 4K / 120 frames per second with the Video Pro app. But it will get hot, and the 256GB hard drive will quickly become saturated… As for photography, Sony’s videos shine on the side professional, natural and true to life, where the competition wants to flatter the retina of users with more brilliant colors, more pronounced contrasts.

Music Pro and Cinema Pro they are even more niche (similar interface and colorimetric profiles to professional Sony CineAlta devices, more “cinema and studio” oriented options) that it is difficult to describe their relevance to the general public. The interest, in any case, is to offer unprecedented options for recording and editing audio and video on a phone. I’ve played around with these apps a bit, and there’s no doubt: Musicians and videographers who want to try “working” with just a smartphone (and an external microphone, no doubt) can give the adventure a try, they won’t miss out! Add to that a ‘Dynamic vibration’ mode configurable that shakes the smartphone according to the sound of the music or video played, as well as the Bravia Core application free for 1 year (it is a video-on-demand application, with all the greatest hits of Sony Pictures, one of the American subsidiaries of Sony which produces and distributes films and series); and there you have a smartphone decidedly oriented to “image” and “cinema”.

And the helmet that goes with it…

To give your ears the benefit of this device and its premium content, we recommend you treat yourself to Sony’s latest mobile headset, the WH-1000XM5. Because in the field of wireless headphones but with active noise reduction, the situation is different: Sony has been THE reference for a few years, leaving behind Bose, another pioneer in the field.

The 2022 vintage doesn’t specifically outperform Sony’s 2021 vintage, namely the WH-1000XM4. And even if you have a WH-1000XM3, the difference with the 5 is not worth opening your wallet (because you still need to account for €390 in Belgium). 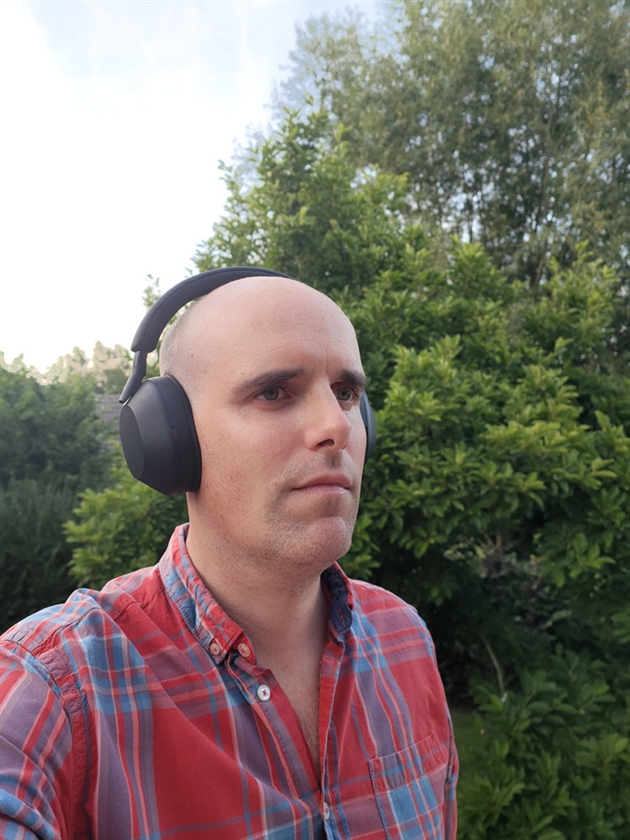 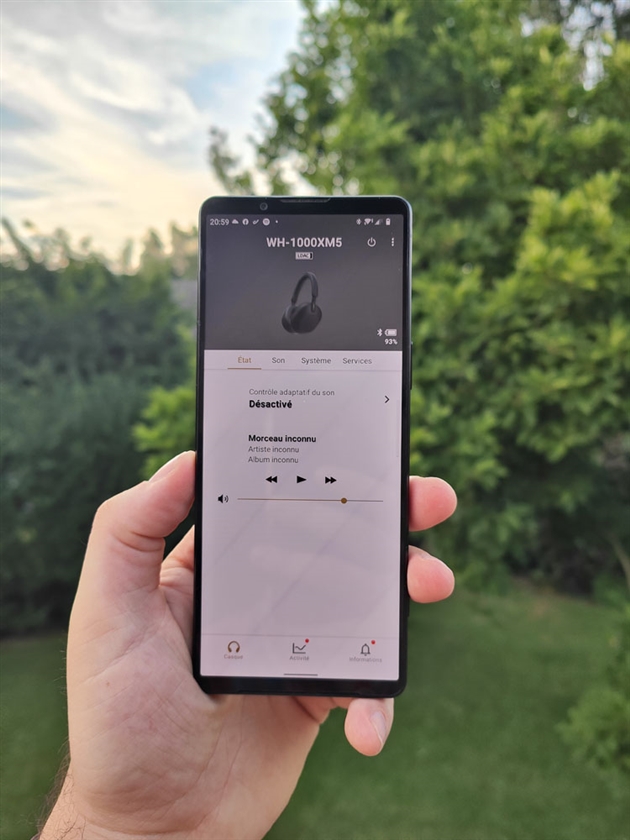 But I was able to test it and both the quality of the audio (whether with music or videos) and the passive isolation (the ears are well wrapped and isolated from the world) and active (very efficient system for analyzing and canceling ambient noise).

It feels like being in the middle of the stage at a concert because all the sound elements stand out from each other and the voice is magnified. And we have the impression of being alone on this stage. Rarely have I known such a level of serenity in this world that has become very noisy.

As always at Sony, the headphones are complemented by a very complete Headphones application, which allows you to configure audio, noise cancellation and 360 sound, with options that do not exist at the level of the competition. And as for the smartphone, it goes through a very complete and sometimes cumbersome interface, not to say simple and intuitive…

If on the headphone side Sony has the right formula (we don’t have to use all the available software options and the hardware is the best), it’s harder to advise you to go for the Xperia 1 IV. At €1,399, cet UFO du marché des smartphones, who do not suit pas les codes et proposent un appareil pour les puristes (see les pros…) de l’audio et de la video, oublie quelques devenues essentielles dans cette gamme de Reward. Starting with a fast charge worthy of the name (and not a charger -to be purchased separately- of only 30W), a more modern design and a fingerprint sensor under the screen… The Japanese art of living, if you you can call that, it has its limits. Sony’s proposals could be accompanied by a high-end technical sheet at the level of the Chinese or Korean competition. 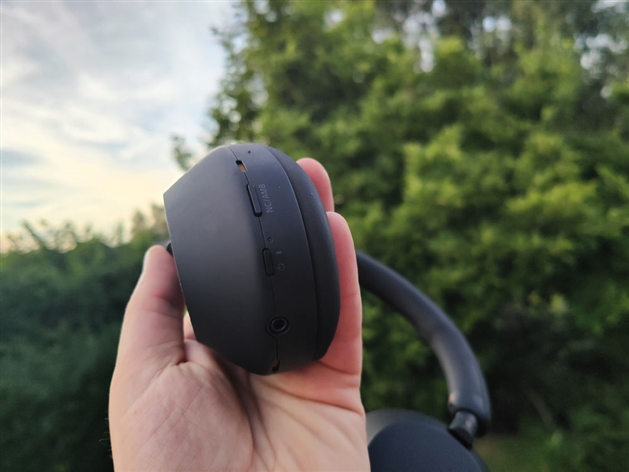 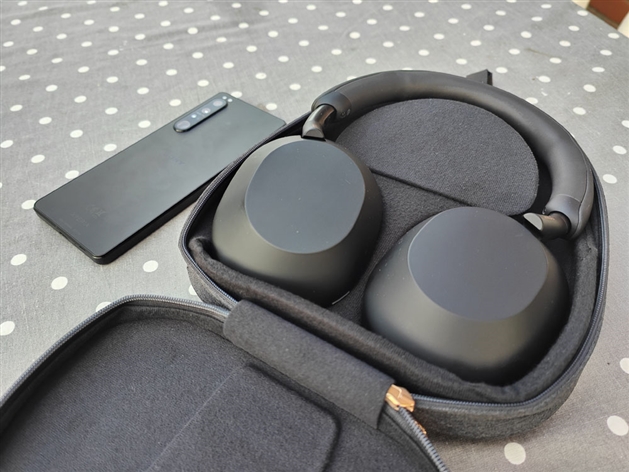